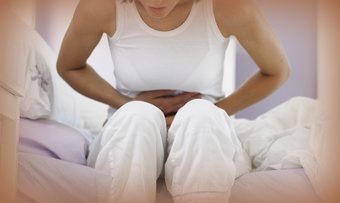 My name is Kathryn. I once thought IVF = baby. How wrong were we. Seven years since our first IVF (we’ve had eight cycles) and it still hasn’t worked. If I had read about those that it didn’t work for maybe I would have been a bit more realistic. I am now in my late thirties and I live in Staffordshire.

A chapter from my story: I was admitted to hospital on a cold January Friday evening during my first IVF.  My stomach was swelling. I looked 6 months pregnant (an irony that wasn’t lost on me) and I could barely move.  The consultant from the IVF unit found her way over to the ward where I had been admitted and examined me. She ordered a drip to be started and tried to explain what was happening to me.

The 33 follicles on my ovaries had been emptied at egg collection and the hormone levels in my system meant that the empty follicles were filling up with any fluid that they could take in and they were then releasing the fluid into my body, hence the large amounts of fluid that they had seen on my scan.  She said they didn’t really know why it happened, for some people it just did.  This was starting to sound pretty serious.  We asked questions:

There are three levels of Ovarian Hyperstimulation Syndrome (OHSS): mild, moderate & severe depending on symptoms.  I had what was classed as moderate to severe, whatever that actually meant. The clinic I am now with quotes the following statistics: 1 to 2% of patients will experience severe forms of OHSS, with 1 in 1000 cycles the patient needs hospitalisation.

But there I was in a hospital bed.  The reality of OHSS for me felt pretty horrendous. My ovaries were now huge and probably much bigger than they had been during stimulation. My ovaries just kept leaking fluid. I could feel them for the first time in my life. I knew the exact location of my ovaries because the skin close to them felt different to touch, sensitive.  Oddly one of the key things with OHSS is to keep fluid going in in the hope that it comes out and that your body doesn’t stop working.

After one uncomfortable night, I was woken up early to move beds.  I shuffled to another bed in a different ward, with my drip attached.  It was about 100 yards but it took me 15 minutes to walk.

I couldn’t get comfortable, I couldn’t sit up. I couldn’t lie down. My skin was tight because of the swelling.  I needed blood tests throughout the day to see what my system was doing and to check my kidneys were working, or at least that was how it was explained to me.  They couldn’t find veins to take blood from.  I was scared.  Scared about what was going to happen to me, would I ever get better?  I stopped peeing. This was bad, really bad.  There was no fluid coming out but with a drip there was plenty going in.  That meant one thing to me, my belly was getting bigger.  They made the decision to fit a catheter.  OMG the pain as they fitted it was horrific.

My husband struggled, too. He couldn’t do anything and got as upset as did I every time he left me.  In the evening after he left I sobbed and sobbed.  How did I end up here?

I woke up not really knowing what was happening and then it hit me.  I was in hospital, unable to move, a tube of fluid going in and a tube coming out the other end to collect anything in my bladder.  Measurements were taken throughout the day, the size of my abdomen charted, my weight taken, the fluid input and output measured.  Bloods taken a few times a day, with no veins to be seen it was getting more and more painful each time they tried.  I was clearly not improving. If anything it was getting worse as my belly grew.  I couldn’t eat and the blood thinner injection each night was bruising me and stung like hell.

I could barely move but was told to try to move around to avoid DVT (deep vein thrombosis). Sunday evening I couldn’t breathe.  I couldn’t draw breath.  I felt like I was suffocating.  A nurse took my vitals and said I was fine, just having a panic attack.  It took me a while to calm down but I still couldn’t breathe properly. Another night on my own, the darkness and sadness descended again.  The tears flowed some more.

Monday a consultant from the IVF unit came…with 5 students.  She asked how I was feeling, pretty rubbish actually.  I now also had a urinary infection being treated with antibiotics. She asked if it was ok for the students to observe, of course I said, they need to see this. She measured me, looked at my notes, weighed me and said that it hadn’t reversed itself yet and they would continue to monitor in case they needed to drain me.  She explained to the students what I had, how it happened and how I would recover from it.  I didn’t speak. I just sat silently and listened.

They put me in a bed next to the window because I was due to stay for a while.  I soon clocked I could see the building where our embryos were being frozen.  This raised an unexpected emotion.  I wanted them back, I wanted to protect them and I wanted to tell them that I loved them all, all 8 to 10 cells of them and I was going to come back for them.  It was the strangest thing I had felt on my journey to date.  Our future children were over the road and I couldn’t do anything other than stare.  I had nothing to show for our treatment, it had gone wrong.  I was never doing this again.

Monday and Tuesday saw no improvement. Wednesday afternoon came and all of a sudden there was a gush of fluid into my pee bag.  And then the start of the end began.  The pee just kept coming and coming.  It was like someone had turned on a tap. The nurse came and agreed it looked like it was finally starting to reverse.

I was monitored closely over the next 24 hours.  The drip was removed.  The sickness started to subside.  My belly slowly reduced in size.  Thursday the consultant from the IVF clinic said I could go home that evening.  I was getting out…!  Problem, I still couldn’t walk well, my legs were the size of tree trunks, all the fluid was heading south.  Every part of me from the belly down was still swollen.  They removed the catheter. I then needed to pee what felt like every two minutes.  How was I going to manage an hour in the car?  Thursday evening I got the official discharge papers.  I stood in the empty ward and stared out the window towards the building where our embryos were in the deep freezer.  I was leaving them, it sounds completely ridiculous now but I said goodbye to them.  I waddled out of the ward with tears in my eyes.  I just wanted to get home and wanted this to be over so I could get my embryos back.

It would take a further six weeks off work for me to fully recover.  I say fully recover in the physical sense. I don’t think I have ever fully recovered from the emotional impact of what happened to me.  It filled me with fear of IVF and one thing was certain, I was never doing it again.

I hope in sharing this part of my story I can give others comfort that none of us are alone in this journey.  I would also advise you to talk about it.  It was 6 years after my first experience before I talked about it with a counselor.  I hadn’t realised the impact it had on me.  Please don’t make the mistake I did and try to bury it, please find someone to share your experience with.  I can guarantee it helps.

Editor’s Note: The UK reports an increase in OHSS due to IVF and a published paper reported, “The complications of severe OHSS include renal failure, hypovolemic shock, venous thromboembolism, respiratory distress syndrome, and even death. A particularly severe feature of OHSS is thromboembolism, for which a prevalence of 0.78%, has been reported and which accounts for most deaths associated with the syndrome.”

Do you have an untold story for ReproTechTruths? Read here to learn more about how to share it.