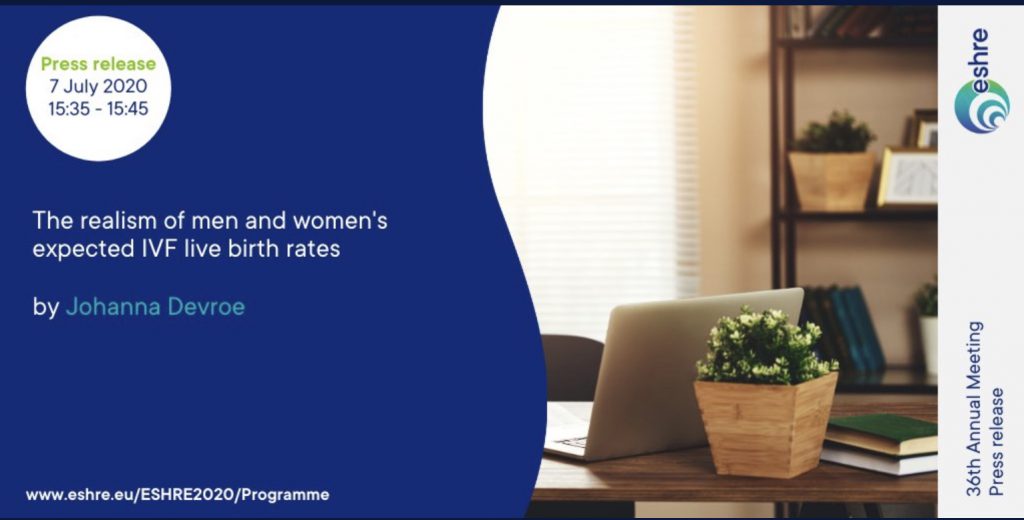 At today’s annual meeting of the European Society of Human Reproduction and Embryology
(ESHRE) embryologist Johanna Devroe from the University Hospital of Leuven, Belgium, presented a study showing that couples embarking on IVF to treat their infertility tend to overestimate their chance of success.

The message to clinics: work on setting realistic expectations.

In a ESHRE press release Ms Devroe noted that reports in the past suggested couples usually have some degree of optimism when embarking on treatment, but, she added, “to the best of our knowledge, the live birth rates expected by patients during their IVF cycle have yet to be studied and compared to their individual prognosis. In addition, it is not known whether these expected birth rates are affected by factors like gender and an individual’s general level of optimism.”

The study thus measured a couple’s individual expectations about their treatment and their natural disposition to optimism according to a validated questionnaire. In addition, the study used a mathematical model to calculate each couple’s IVF prognosis by taking account of clinical and IVF laboratory factors. This allowed the study to calculate the degrees of mis-estimation for both the male and female partner of each couple.

The mean calculated prediction of live birth among the study participants was 32%, after treatments with both fresh and frozen embryo transfers. However, 85% of the female partners overestimated their chances (by 34% on average), with almost half of them expecting their birth rate to be more than double their treatment prognosis. Similarly, 88% of men overestimated their outcomes, with 54% expecting their birth rate to be more than double their calculated prognosis. When comparisons were made between the female and male partners, it was found that the men generally had significantly higher expectations than their female partners (64% vs 59%), although partners did not differ in their overall levels of optimism. Indeed, the correlation between their anticipated success rates and their general level of optimism was generally weak, suggesting that personal disposition does not fully explain the results of this study.

See also  I went to my fertility specialist to have a child, I left with a breast cancer 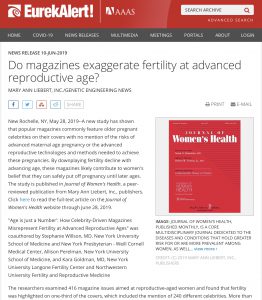 While this was a single-centre study and no study has as yet compared patient expectations with prognosis in this way, Ms Devroe notes that studies in several countries have all indicated that future IVF patients (and the general public) have high expectations of success shaped by the press and internet, besides their own clinics.

There is already some evidence from other researchers that unrealistic expectations do result in greater disappointment, which in turn may lead some patients to drop out of treatment. “We are currently following up the couples from our study group to correlate levels of unrealistic expectations with levels of disappointment and uptake of another IVF cycle,” explains Ms Devroe.

We’ve written on this topic from the patients perspective for several years now and shared other evidence of misleading advertising. We  asked if the industry would do more to rein in the bad actors. As of an hour ago there was no response.