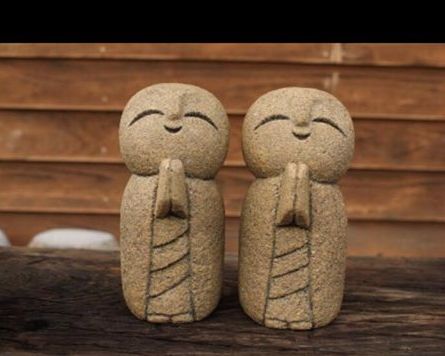 Editor’s Note: The couple (based in Europe) who provided this essay prefer not to be named as their work with a private clinic led to a medical negligence lawsuit. We respect their right to privacy and appreciate their willingness to relive and share a painful experience. Here’s their story…

Matters of the mind often appear fickle, they can change at whim and years later can be forgotten. Matters of the heart hurt and take time, but with time, can heal. Matters of the soul etch into the very essence of life, and like an unwanted scar, might fade slightly, but always remain present.

Our experience with the fertility clinic was soul changing, soul-destroying, and shattered our very faith in all things we thought mattered. We were both 41 when we had our first visit.

The referral from the hospital read IVF/ICIS. The private clinic met with us. We were told I was in good health; I had marvelous fertility after a scan noting two very viable follicles, and because I was almost about to ovulate, we would start with IUI. Although my husband and I are both professionals with advanced degrees, we were illiterate about Fertility.

We proceeded with the first IUI. It failed.

We were told to prepare for another cycle and again, this failed.

I asked “what is next”? and received a glib nonsensical answer. My upset continued with the smallest of interactions hurting me – not using my name, but instead calling me lady, not wanting to speak to me in English, and saying, it would be good for my Dutch.

In moments of any kind of stress I never thought a language lesson without my clothes on, and being examined was appropriate.

The doctor had to step away for extenuating circumstances. Months passed as we waited for him to return. He did and we asked about IVF, about fast-tracking the process and again we were told the follicles were perfect, that IVF was too invasive and IUI would work. It didn’t. We had four failed attempts. The insurance had reimbursed partial cost. Any action moving forward, all cost would be on us.

The doctor insinuates that the failed IUI’s might have been because of a cyst. It could be removed transvaginally.

Matters of the heart and soul almost always override logic and one’s sense of fear.

I said no initially, but the desire to have my own children was greater than my reservations about this doctor.

I had the transvaginal cyst aspiration surgery. I have never experienced such an unsafe, violent process in all of my life. I wrote a letter of discontinuation. I went to another hospital. I asked for a referral but was told I was too old for any Dutch clinic and the doctor I was “running away from” was the only medical centre who would take older women.

Reluctantly, we returned to the clinic. In being brave, I tried to share how he hurt me with this surgery, how his tone of voice was belittling and why won’t he speak to me instead of my husband.

Matters of the soul etch into the very essence of life, and like a scar, might fade slightly, but always remain present.

What happened next is unspeakable: the doctor opened his legs put his hand on his crotch and said: “now you have had a good Dutch experience and you can finally integrate”.

Shocked, speechless, and mostly flabbergasted, we asked for a referral to Germany and left.

In Germany, the doctor told us that at our age IUI should never have been performed, that IVF/ICIS was the only possible treatment. We started the IVF treatment. Three times I grew up to 6 follicles and each time the cycle was canceled. I was now entering peri-menopause and all hope was lost. We stopped treatment and sought a medical investigation.

Our case was taken up and referred to a medical specialist who either validates or invalidates the investigation. The case came back as a valid. We utilized two legal mechanisms 1. Civil Tort law, and 2. Medical Oversight, ‘Tucht Recht,’ which is a special court that investigates medical negligence. Our case was read in court. The issues:
1. Wrong treatment – doctor performed IUI over the stated IVF/ICIS
2. Unnecessary surgery
3. Lack of informed consent. The doctor never discussed the treatment plan and the first IUI was based on ovulation and the possibility of maximizing immediate opportunity. Our referral to the clinic was for IVF/ICIS
4. Inappropriate language and behaviour unbecoming of a medical professional
5. Inserted into the court file, was another patient dossier, which is a violation of patient privacy

Court findings:
1. Within the scope, which is wide and mostly unsubstantiated, IUI could and was an option
2. Removing the cyst was optimal to start ivf
3. Reading a pharmaceutical issued booklet was sufficient, even if the booklet was about IVF and IUI were performed.
4. Any conversation that is not recorded is hearsay.
5. Our case was ruled unsubstantiated.

We filed an appeal and learned:
1. There was no record of the treatment plan in the file to read, so an interpretation of what was agreed on could not be established by the court.
2. However, the file in-of-itself was lacking in content, but because we had not filed this in the Regional Court, it could not be a measure against the Fertility doctor. We would have to restart the process.
3. Our case was dismissed.

We then sought an independent Medical Specialist for civil action.

Our lawyer said that technically this was an interesting case, however, the culture of the civil court would most likely not read the file and follow the interpretation of the Court, and if we won, the case would go into appeal for at least two more years. A medical court, we learned, only looks at treatment whereas the civil court applies tort law for damages. The doctor quit working based on the ruling of the intermediary specialist and comments made in the ‘Tutch Recht.’ He was reckless and sold us false hope, even though it was not ruled in our favour.

Replacing the grief stand two small statues: Mizuko (水子). We never had children, but our intention was always one of love and commitment. In memory of our loss, we shall never forget our soul wish.