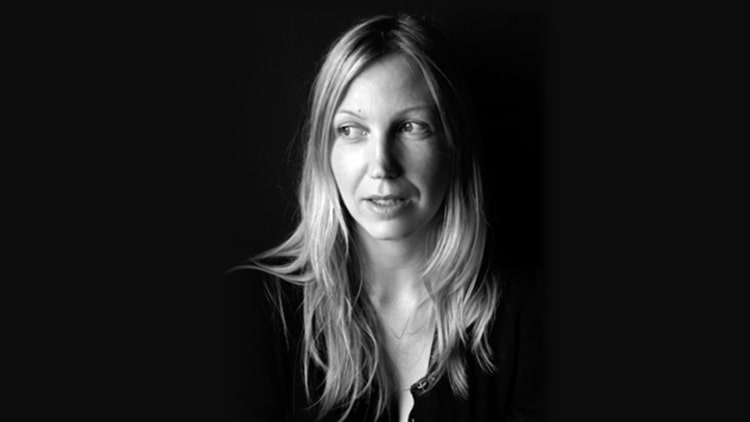 That’s just some of what Jemma Kennedy, a novelist, playwright and screenwriter learned first hand. Her latest play, GENESIS INC, opened this summer at the Hampstead Theatre. She has written and spoken about her ReproTech experiences since freezing her eggs in 2014. She gave permission for us to share this piece, originally written for The Guardian. Most recently, she wrote “I froze my eggs aged 40 – here’s what no one tells you about defrosting them” for The Telegraph.

Three years ago, I had my eggs frozen at a private clinic, emerging five grand poorer with only three “viable” eggs, which are still languishing on ice, and a 5% chance of conception if I decided to use them for IVF in the future. I subsequently wrote a play about the private fertility industry and its two competing narratives. The first narrative celebrates miraculous joy at the hands of brilliant (largely male) scientists who magic children into being; the second is about the unrelenting despair of those women and men who hope, pray and pay for a child and are broken by their failure.

“The idea that egg freezing levels the playing field, allowing older women to compete with the ovaries of younger women, is a nice one, but it remains unproved as hard science.”

First, a brief statistic from the Human Fertilisation and Embryology Authority, the government’s independent industry regulator: 60 babies have been born from frozen eggs in the UK since 2001. Frustratingly, it doesn’t specify how many of these were donor eggs extracted from women under 35, rather than biological mothers.

However, in 2015, a director of one private clinic was quoted as saying that 45 babies had been born from eggs frozen and thawed at his clinic, of which only seven came from “social” freezers (a term generally understood to designate women too old, non-hetero, unlovable or ambitious to have achieved motherhood thus far).

After my experience, I continued to follow my clinic’s position on egg freezing, attending its fertility conference (£45 for tickets, plus posh canapes): a lone patient among the medics. Slides flashed up showing hopeful claims: thousands of babies born around the world every year from frozen eggs (small print: eggs harvested from women under 35).

READ  I went to my fertility specialist to have a child, I left with a breast cancer

So why aren’t those thousands represented in HFEA and clinic stats? I inquired. The director explained that new vitrification technology had increased the success rate (in younger women, we assume) but that data wasn’t publicly “available” yet. How convenient. I understand that at the time of that conference two years ago, the number of “live births” resulting from “socially” frozen eggs harvested at that clinic was… nil. So the clinics will handsomely charge us women who “left it too late”, but we have only ourselves to blame if the process fails because we left it too late.

The big pitch of the pro-freezing brigade is based on ending discrimination – against the older parent, the single parent, the non-heterosexual parent. They persistently neglect to mention economics, the biggest discriminatory factor of all. With an increasing number of women over 35 turning to egg freezing, despite its negligible success rates, and with the beleaguered NHS continuing to cull opportunities for free IVF, having babies at whatever age becomes ever more dependent on access to funds.

“I regret giving my money to a business that I believe should have taken the time to counsel me about my choice and offer far greater guidance before handing me the credit card machine.”

But we know all this already, don’t we? Private clinics divert our attention from their failures, sell us unproved “add-on” fertility treatments. And we continue to lap it all up. A few years down the line, my big question is not why are the clinics so greedy, unethical and non-transparent; rather, why was I so determined to forge ahead with egg freezing in spite of such a minimal chance of success? And why am I still running up a bill for three eggs that I can ill afford? Because those three eggs still represent my final chance at motherhood, symbolically, if not practically. Because our desire for children can override all reason, the very thing on which science is based.

My situation is (still) complex: I wanted a baby with my partner and he didn’t. That hasn’t changed. The counselling we had after the egg freezing (a sequence that should have been reversed) was vital but inconclusive. Choice is a word you hear a lot in my situation.

“Choose your future, choose us,” the clinics declaim. “Own your choice,” the therapists urge. Only tell me, how do you choose between your tangible love for a real man and your potential love for an unborn child you are only 5% likely to have with some unknown man’s sperm? How do you choose between paying through the nose for that 5% chance because “it only takes one egg” or refusing treatment on rational and political principles that tell you you’re a mug?

In retrospect, I realise that I confused “choice” with the peddling of doubtful technology. The idea that egg freezing levels the playing field, allowing older women to compete with the ovaries of younger women, is a nice one, but it remains unproved as hard science.

As for the utopian, feminist, 21st-century ideal of owning the means of my reproduction through icing my ova – that was a lie I told myself to avoid having to face the cruel fact that my partner didn’t want my children. The other, crueller fact is that social inequality has allowed the private medical sector to boom. We earn less than men; have fewer career opportunities; are provided with minimal maternity leave or free childcare. Child-rearing is not economically valued and childless women (and men) are still stigmatised.

Our choices about how and when to have children are already limited – and that’s just for those of us lucky enough to be fertile enough to harvest eggs at all. That’s what I can’t square emotionally or mentally; that we are essentially throwing away millions at the private fertility industry that has benefited from, among other things, our inclination to put off having children.

The most common question I’m asked is: do I regret doing it? It’s not an easy one to answer. Yes, I regret not going in more emotionally or intellectually equipped. Yes, I regret giving my money to a business that I believe should have taken the time to counsel me about my choice and offer far greater guidance before handing me the credit card machine.

“The private fertility industry … still has us firmly by the ovaries.”

So if they’d refused to treat me, would I have gone elsewhere? Possibly. I am clear that nobody hoodwinked me. I was handed the facts, at least the ones I had the mental wherewithal to ask for in a time of immense emotional stress. But under those circumstances, signing the procedural forms felt like a choice between choking on my failure or swallowing it down with orange juice infinitesimally sweetened by that paltry 5%. It may be that, in the future, egg freezing does work for younger women, but my generation is still its main consumer. So far, we are the failed experiment.

Meanwhile, to end my narrative for now, I’m happy to say that my then-partner is now my husband. Love, I learned, does not obey market forces. That is the one choice that I was, and am, able to “own” wholeheartedly.

In a further twist, my husband’s 19-year-old daughter has just courageously decided to test for the two BRCA cancer genes that took her mother’s life 10 years ago. If it’s positive, she has a 40%-65% chance of developing breast and/or ovarian cancer. We have already discussed egg freezing as a possible insurance policy against her potentially losing her breasts, womb and ovaries later. That choice is made possible by science.

So, technology can be a wonderful, life-giving aid. But it is not the given solution to social or personal inequality and cannot masquerade as such until it proves itself. I believe the private fertility industry has a moral duty to acknowledge this – but I fear it won’t. It doesn’t have to – it still has us firmly by the ovaries.