Abuse and exploitation: ‘It’s an open secret in the IVF business’

Abuse and exploitation: ‘It’s an open secret in the IVF business’ 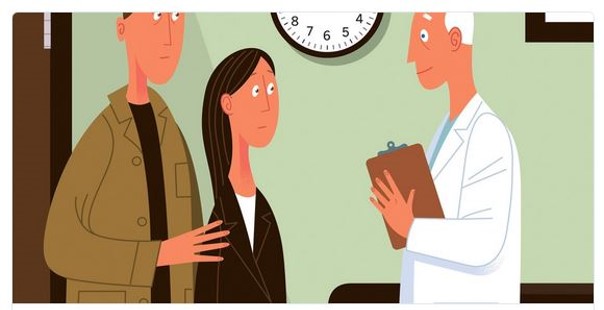 Susan Bewley, an Emeritus Professor of Obstetrics and Women’s Health at Kings College London, witnessed the first women to die after IVF and has since written about the adverse outcomes from IVF. She gave a talk on abuse in the IVF industry at a recent gathering in London and provided permission to share her remarks here:

I assure you I accept the amazing science, the breakthroughs, the goodwill of practitioners in the infertility field to help. I acknowledge the complicated pains with all reproductive outcomes, whether involuntary childlessness or unwanted pregnancies, miscarriages or abortions, stillbirth and live births of healthy and unhealthy children. But I’m here to share a glimpse at the dark side.

We were all born, and we will all die. But most, not all, of us will reproduce. I was a medical student during the IVF experimental years. I attended my first birth in 1977. So, as a teenager, I was there with these two contrasting marvels – the exquisite physiological processes honed by millions of years of evolution, and the wondrous application of human intelligence that led to the first IVF birth.

I’ve watched for over four decades, training as an obstetrician/gynaecologist, dealing with no pregnancy and pregnancy complications. The world changed from an era of excess fertility to one with effective contraception and abortion, and the present era of new toxicity to pregnancy and the generation of sterility.

Unwanted barrenness, not unlike children dying, is a ‘reproductive death’, and the ‘death of hope’. Just as we face our bodily death, it’s as painful for the often silent, lonely and invisible sufferers. We need to find meaning, but we don’t yet have a full range of understandings about treatment, palliation, rites of passage, new creativity, nor the myriad of support systems and ‘child-sharings’ required.

See also  IVF clinic 'pushed me to do most invasive procedure'

Let’s concentrate on the harms I’ve witnessed from my ringside seat and written about in the academic literature. My declaration of interests where I list who’s paid me is here. (You really need to know who’s paying your healthcare professional and all the fees from private, and commercial work, pharmaceutical consultancy, extravagant foreign conference fees, travel expenses, trips, free meals and ‘gifts’ at the trade shows.)

Some harms come with the territory, physical harms during diagnosis and treatment, from discomfort to ovarian hyperstimulation (OHSS), increased preeclampsia (a blood pressure disease) with donor eggs, and all the complications of multiple pregnancy.

There are new mental anguishes caused by briefly positive pregnancy tests or early miscarriage, and underappreciated long standing traumatic depression, maybe even ‘survivor guilt’ when it works. Some are potentially avoidable – like the damaged premature children following multiple embryo transfers, or the drifting up in age. But there are human and financial costs.

Some harms are offset to third parties, such as the egg sellers getting OHSS, or poor small surrogates having CSs for obstructed labour of babies of larger rich parents. Some children lose the benefits of labour or breast feeding. They may come back searching for their anonymous donors. And we really don’t know enough about the long-term effects of growing in commercially secret culture media. This balancing of risks and benefits has to happen, and much harm is mitigated by information, money and contracts. I don’t for one moment criticise anyone in the position of making difficult decisions.

“We must consider harms from the incessant hype, the persuasive language, the lies and ‘crimes against language’. The metaphorical slaps like ‘you wouldn’t want to regret not trying everything’… Or misleading terms like ‘Egg sharing’. You can’t ‘share’ an egg. You can’t cut it in half. It’s sold or bartered, sometimes for money, other times to afford a treatment.”

My concern is the doctors and when ‘good clinical practice’ tips over into ‘bad’– whether intentional, willfully blind abusive practices or just clumsiness. There have always been bad doctors, and this field has several egregious men who secretly used their own semen to impregnate their patients. When patients are vulnerable, we have to guard against the lone predatory criminals.

But we must also consider lesser infractions: The incessant hype, the persuasive language, the lies and ‘crimes against language’. The metaphorical slaps like ‘you wouldn’t want to regret not trying everything’… Or misleading terms like ‘Egg sharing’. You can’t ‘share’ an egg. You can’t cut it in half. It’s sold or bartered, sometimes for money, other times to afford a treatment.

One advert for “free” IVF intracouple surrogacy to lesbians was selling the romantic product of “a true genetic exchange”. One egg in another woman’s body – wasn’t free, and isn’t a genetic exchange, but a means of getting fertile women to supply eggs for older couples. Fine… but let’s be truthful.

Other untruths found on virtually every UK IVF clinic website about ‘add-ons’ had to be exposed by investigative journalists and methodologists from outside the field judging what actually works. As the commercially driven sector doesn’t cooperate as it should on continuous incremental improvement through collaborative research (as happens in Holland). Vulnerable patients are bombarded with health claims not only from the parasitic quacks but by the clinics.

Some are false, some misleading, some just ‘encouraging’ with pictures of babies all over the walls – just so you know the doctors get the credit when it works, but you are alone (rather than in the majority) when it doesn’t work. Some of us might think it is unethical for clinics to even offer amber and red ‘add-ons’ unless they are in a research trial. But you, the patients, will get blamed for ‘forcing’ the doctors with your desperation to take the money. For dying patients, there is at least some partial containment of false claims and quackery regulated by the 1939 Cancer Act.

As for Abuse – it’s an open secret in the business that there is exploitation and abuse. We all know it. But, I’m an academic. I don’t know enough about the extent, types and responses to this particular arena of the abuse of power. So, I’m studying it. My colleague, Nathan Hodson, and I did a systematic narrative review and found some evidence from dozens of papers in the literature. It’s been published in the European Journal of Obstetrics & Gynecology and Reproductive Biology. Some IVF doctors don’t like it. Power corrupts, and absolute power corrupts absolutely.

Nevertheless, the Institute of Medical Ethics is supporting an interactive workshop for scholars and lay people to try and tease out a definition, themes, and remedies.

Editor’s Note: More on the workshop and its findings to follow.