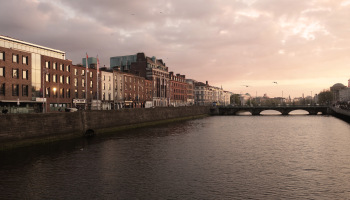 Different Shores blogs from Dublin, Ireland. She has raised questions about clinic business motives and explains how data obfuscation interferes with informed decision-making, noting: “When you are starting out you hit up the online message boards, ask around and hope for the best.” She shares her IVF experience in the following essay for our #UnmaskingIVF campaign. If you have a story please write us at info@reprotechtruths [dot] org.
~~~

When I think about my infertility saga in Ireland I still have moments of frustration about how dubious it was. I can’t recall a single professional that inspired confidence in me.

At 34, I knew that something was wrong but not yet that it was stage 4 endometriosis. When I spoke of the agonising pains that ran down my thighs and my ominously scant periods, Dublin Well Woman clinic merely told me that pain was a good sign – it meant I was fertile – and that I was ‘a lucky girl’ not to have to spend so much money on sanitary protection.

The first IVF doctor we saw was hectic and odd: she snapped at us not to ask questions or take notes during the consultation. We left.

Sims Dublin were smooth-talkers but seemed to be shooting in the dark. They advised max-dosage IVF that failed spectacularly before transfer. But the one time that they simply manually ruptured a cyst for me (to prepare the way for another, experimental protocol), I became pregnant and miscarried. I always had large ‘leftover follicles’ and had long suspected I had a problem releasing eggs.

If they did that kind of monitoring every month, with hormonal support, wouldn’t that be more effective than another big €6,000 nuke attack?

No comment from them: the only follow-up was an invoice for 40 euro for the pregnancy test.

In the meantime I saw a professional counsellor. I was agonizing about whether to continue with treatment or accept a life without kids.

She gravely told me I needed ‘a Plan B’. But how, what, when? I asked in desperation. Her one suggestion:

“Have you thought about a book club?”

And when I pondered whether life would be so bad without children:

“Well, I don’t know what I’d do if I didn’t have my daughters” (Visible shudder).

So, I then drifted in the direction of Dublin’s current donor-baby god, an affable Kiwi gent beloved of the women of the message-boards. I had a fairly bizarre experience with him. He knew I was doubtful, so he opened up to me a bit.

“We got a 51-year-old woman pregnant with twins. It was OK; she was a young 51. But we got a 53-year-old pregnant and I wish I’d told her not to bother…. she was old, you know, she was tired. Donor is a big decision. You don’t do it unless you’re desperate”.

He then said that he and his second wife had been “trying for number two”. Advice from his wife?

“Get a dog instead”.

Something made me google him later. He had a Facebook page, and had posted up a desperate plea: he was looking for the children he’d had with his ex-wife, but she had turned them against him and he didn’t see them at all now.

The irony slapped me in the face: the donor-baby god estranged from his own biological children.

That was when I started to stop. The clinics didn’t seem to know what they were doing. The donor-baby god, newly installed in Dublin’s flashiest private hospital making menopausal women pregnant, was keen to take my money but made me question the point of it all.

I just wanted out. It was crazier than I was. Couldn’t I just eschew all the madness, stop giving these shady characters our money, and live a normal life?